With a near endless amount of strategy and room to improve, it’s easy to see why some people could play Chess their entire careers. But for everyone else who seeks a little more variation, there’s a slew of Chess alternatives. From ancient relatives like Shogi, to modern chess-like board games like 5-Dimensional Chess, there’s chess variants for everyone.

In the modern history of Chess the rules have been set in stone but it hasn’t always been that way. It’s believed that Chess is derived from many table games before it, and along that transition left a history of close relatives like the Indian Chaturanga. In more recent times, there’s been a plethora of board games and video games that take inspiration from Chess and it’s ancestors.

Shogi – The Game of Generals

As far as competitive alternatives to Chess go, Shogi is a great alternative. Although it’s exact origin is unknown, Shogi is likely derived from Chinese Chess with pieces and rules that were created to reflect the Japanese empire in the early 8th century.

Much like in Chess, Shogi is played on a square board made of smaller squares where each team has an identical army of pieces. Each type of piece has special rules on how it moves across the board, and each piece can be promoted into something else when it crosses the board. The main difference between Shogi and regular Chess is that when a player takes over another players piece, they can claim it and replay it on their own side. This makes games potentially last longer and almost never result in a draw.

Anyone familiar with the competitive history of chess will recognize the name Bobby Fischer. Fischer was considered one of the greatest chess players of all time and was crowned World Champion from 1972-1975. However he wasn’t only known for his unique chess skills, Fischer also invented the Chess variant Chess960.

In Fischer Random Chess the starting positions of the pieces is randomized, following certain rules. This is done to remove the memorization of common openings and put a larger emphasis on outplaying your opponent intuitively. Unlike other chess shuffling variations, Chess960 maintains certain rules so that there remains only 960 unique starting positions.

Tri-Dimensional Chess – From Fiction to Reality

Originally only existing in fiction during certain episodes of the popular Sci-Fi Star Trek, fans eventually brought this idea to life. Although many versions of 3D chess have existed since the early 1900s, Tri-Deminsional Chess first appears in the first episode of Star Trek: The Original Series. From there it is often referenced as a favorite game of Kirk and Spock.

It wasn’t long until fans of the show decided to recreate the game and make a playable ruleset. Once the board was detailed in the Starfleet Technical Reference Manual, fans began to theory-craft what the rules could be. With so many ongoing rulesets being developed around the same time, there hasn’t really been an official consensus on which set is correct. Although many unofficial Tri-Dimensional Chess sets will come with their own rules.

Glinski’s Hexagonal Chess adds a new layer to chess by increasing the amount of directions each piece can move in. Unlike regular Chess, the board uses hexagons instead of squares. Out of all the chess alternatives that exist, Wladyslaw Glinski’s variant is one of the most widely played, reaching peak popularity in eastern Europe.

This game is easy to learn if you already know the basic rules to chess, although some of the pieces move a little differently than you’d expect in order to work on a hexagonal board. With a much larger amount of move options than regular Chess, hexagonal Chess can have a bit of a learning curve to understand when your pieces are in danger.

Chess Boxing – A Clash of Brain and Brawn

Chess Boxing is certainly one of the most interesting Chess derived games out there. It’s a game where the competitors needs to be both strong and smart, as they alternate rounds between classical Chess and boxing. The game ends when one player is check mated in chess or knocked out in the ring.

Originally this sport only existed in old kung-fu movies until recent years when it was turned into a televised sport with national championships. Chess Boxing is usually played in a boxing ring, with chairs and the chess board being brought out for the chess rounds. To ensure combatants are skilled at both disciplines, players must have a chess rating of at least 1800 to compete.

What is Bughouse Chess? Here’s what you need to know…

The term Bughouse refers to a mental hospital, which is no coincidence. With key pieces being passed back-and-forth onto the board and a quick turn timer, Bughouse can look like sheer madness to the untrained eye.

Bughouse uses most of the standard rules of Chess with a few exceptions.

The result of these rule changes means Bughouse is played at a much quicker speed than regular Chess, so that a player can quickly capture pieces and give their teammate an advantage.

If you’re looking for a variation of Chess that is as complex as humanly possible, than look no further than 5D Chess with Multiverse Time Travel. This game borrows elements from Tri-Dimensonal Chess and further compounds the complexity by adding two more dimensions and time travel. The result is one of the most complex one-on-one strategy games imaginable.

I was checked in six different planes of reality. But only check, not checkmate. It took me an hour to figure how to proceed. Then immediately lost the next turn in four different timelines again. 11/10

There Are Many Popular Chess Variants To Try

When looking for fun Chess variants and Chess alternatives, the options are endless. This list could only scratch the surface of the hundreds of different variations that exist. So if your favorite failed to make it to this list, feel free to mention it in the comments below and let us know why you think it deserves a mention. 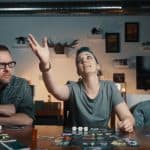 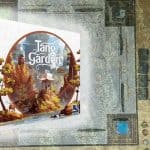 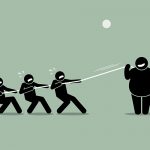 One Versus Many Games: What Are They & How Do They Work?

5 Best Puzzle Board Games To Test Your Problem Solving Skills