Way back when you were a wee little one, you may have learned that 3 is an odd number. Things in life often just seem to work better when there is an even number. For example, cars have 4 wheels, burgers have 2 buns, and the list can go on and on. Well, this often carries over to board gaming, too.

Most games seem to be designed with 2 (the best 2 player board games) or 4 (the best 4 player board games) players in mind. I am here to provide you with games that can make that awkward night as the 3rd wheel a wail of a time. None of these are made exclusively as 3 player board games, but they just so happen to play best at 3 players for one reason or another. Here are some of the best board games for three players to enjoy:

Fuji is an odd combination of dice rolling and limited-communication cooperation. You roll your dice behind a screen and determine which path you will take to escape down the recently erupted Mount Fuji.

The catch is, the spaces you are going to are restricted by a number, a color, odds, evens, or any combination of the above. What you are doing is roll your dice behind a screen, select your destination and in order to move there, you must have the highest total in whatever restriction your destination has. For example, if I am going to a space that requires odd blues, I need to make sure that I have rolled a higher total of odd blues than my teammates and the only information they know is my destination.

This creates some really tense moments of consideration where you need to try to deduce whether you will be interfering with your teammates or not and if so, do you spend a reroll, do you choose to go somewhere else, do you spend that rare item card you got earlier in the game, etc?

The 2 and 4 player versions of the game seem tacked on to this one and it feels like the game was meant to be a 3 player experience. The 2 player game has a couple of variants which require a lot of extra upkeep controlling a dummy player. Then the 4 player game has a balancing rule where you only compare the results with your two neighbors (not your entire team) which creates some confusing moments where you are unsure whether you’ve failed or succeeded or who you might affect or have been affected by.

Photosynthesis is a fairly thematic abstract strategy game in which players are planting seeds and growing trees with the help of the rotating sun. It is a beautiful game with tons of wonderfully colored 3D cardboard trees and it is a much lighter game than most on this list. However, this game is all about player interaction and strategically sucking up the sun’s rays and casting shadows over your opponent’s trees.

As such, this game has a strong bias towards the player count of three. This is of course, all personal preference, but the Goldilocks analogy works perfectly here as well. Two players feels too open and you can easily avoid each other. With four players the board feels cluttered and there is just too much interaction and competition for spaces. 3 Players provides the perfect ratio of interaction and competition for this style of game.

The Zombicide franchise has become a household name, but there is no better version of it than Black Plague (and of course Green Horde, which is a standalone expansion for Black Plague). The game involves you trying to complete objectives while zombies are coming at you from all sides of the map. It is a fun and wildly overproduced cooperative game.

The main problem with this game is that it literally has zero scalability, meaning that you must always play with 6 characters regardless whether you are playing solo or with 5 of your mates.

Gathering a group of 6 people is not the easiest task and even if I could consistently do so, I would much rather play 2 or 3 lighter games than something that takes 2-3 hours to finish, not including explanation, set-up, and tear-down. However, as much as I dislike playing as more than 1 character, this game plays extremely well at 3 players. It is virtually the same as playing with 6, but you have twice as many turns and because you can plan ahead for both of your characters at once, the game plays much more quickly and smoothly with 3 versus 6.

I have played this game at 2 players and even solo, and while it is playable, it becomes a bit daunting to control 3-6 different characters at the same time. There is a clear advantage to playing Zombicide with either 3 or 6 players, but the best way to play is with 3 in my opinion.

Dead Men Tell No Tales is an extremely thematic cooperative game. You are weapon-wielding, rum-swilling pirates who are attempting to run into a burning ship and grab all the booty you can before the ship sinks. Everything feels thematic, running makes you more tired than walking, carrying loot weighs you down, gun powder makes the ship explode faster, there are skeleton deckhands, and ghostly treasure guardians risking their peaceful afterlives to protect their treasure.

Like most thematic games, there are many rules exceptions and this is no exception (no pun intended). This one will leave you feeling exhausted by the time the game is concluded (don’t get me wrong, you will have enjoyed every minute of it). However, there are some random elements and too much can happen between your turns which leaves you in a problematic situation that you had no chance to avoid, especially when playing with 5 players.

This is tolerable if everyone has played before and you know what you are doing, but spending half an hour learning a complex thematic game like this only to die a few turns in can sting and the odds of that happening are much higher when you have a high player count. So for my money, while this game is good with 2 or 4 players (not so much with 5), it is plays absolutely perfectly at 3 players.

Isle of Skye is a game where you set prices for tiles and (hopefully) sell them to your friends to place in their ever-growing landscape. The great thing about this game is the decision of how exactly to price your tiles. You can price them high to make sure you get to keep them, but you’ll have to pay the full amount. Alternatively, price them at too low a price and your opponents will snatch up a bargain.

On top of that, it has a very unique scoring structure. At the beginning of the game, you draw a tile for A, B, and C. On some rounds A will score, others B, some A,B so forth and so on. This makes for very interesting strategies as players are contending for the same scoring tiles at the same times.

What makes this game play really well at 3 players is the limited number of tiles that are available. It makes those pricing decisions all the more crucial. The box says this plays 2-5, but I really would avoid it as a 2 player game, but it is great at 3, 4, and 5 players. If you prefer a tight and intense experience, as I do, then give this one a shot at 3 players.

This game is so interesting because it takes a very simple and frankly overused mechanic of deck building but completely changes it with one small little twist. The players are going down into a dungeon and trying to get some loot and make it out before the dragon catches them. Every time you take actions you risk making a “clanking” noise which will stir the dragon up and may lead to him inevitably killing you, but the further down the dungeon you go, the more valuable the loot is. There is a constant want to push further and further, but there is another lingering problem. As soon as someone leaves the dungeon, the countdown to the end of the game begins.

You have a choice, you can go deep in the dungeon and go for very valuable loot or you can get some easy and cheap loot and leave the dungeon early. This is where the 3 player count really hits the sweet spot, because there are some minor issues at other player counts.

The 2 player game is just one gigantic mind game and in a 4 player game, there will (usually) always be someone who goes in, gets the closest loot and leaves. However, at 3 players, it is quite possible that all the players push their luck and that tension of not-knowing and making those decisions is truly delightful.

I am beginning to think that I am writing for the wrong prompt here: this was an article about thematic co-ops, right? This one is about an Ocean’s 11 style heist and it is full of thematic flavor from the hotel shaped box with a helipad rooftop all the way down to how difficult it is to crack the safes. There are even guards that will roam around the building forcing you to be incredibly stealthy if you wish to get in and get out with the goods.

The moving guards are brilliant, but there is a caveat that to the guard movement: only the guard on the active player’s floor will move that turn. What this causes is a slight imbalance in the player counts. For example with 2 players, it is very easy to separate the 2 players on two floors making the guard on a given floor move less frequently. With 4 players, it is very easy to get caught just because someone else finished their turn on your floor. But with 3 players, it just feels right. There is the perfect amount of cat and mouse between you and the guards and just enough control that you don’t feel too comfortable or too helpless.

Burgle Bros. is one of my favorite cooperative games and I would play it at any player count (including solo), but it definitely hits that Goldilocks spot with 3 players.

The list of games here are great games, without question. I would give a whole-hearted recommendation to all of them even at most any player count, but if you find yourself deciding what to play for a 3 player game day, give one of these games a shot as you are likely to get the best experience that game has to offer. 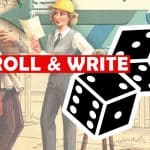 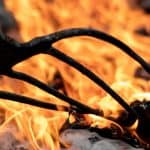 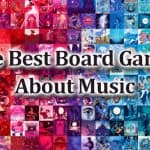 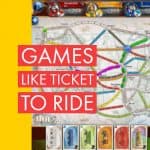 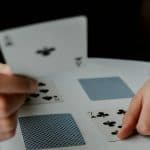