Looking for some board games about dogs? We’ve put together this small collection of some of the best ones for adults and for kids alike. There are a few somewhat complex games and a few that are simpler and more geared towards children.

We’ve also put together a rapid-fire list at the very bottom of this page to give you some more ideas. If you’re shopping for someone who loves dogs, whether it’s you or someone else, we’re here to help you find the perfect game.

Protip: If you’re just here to look at pictures of puppies, they’re at the bottom!

Agility is a game that puts players in charge of a dog-show where they must prove that their mutt is the top of the class. Leap over hurdles, zoom through tunnels and sprint your way to first place.

This game uses some fun mechanics that’ll have you training dogs for the big show and trying to think ahead and to plan things out strategically.

There’s a bit more to the game than you might expect. It’s recommended for ages 10+, and BGG gives it a score rating that is in the same ballpark as Wingspan. Agility was nominated for the 2016 Golden Geek Best 2-player board game award, which was won by Star Wars: Rebellion.

At it’s core Agility is a two-player card drafting game where players manage their cards and try to outsmart their opponent. Adopting the right dog for the right course could be the key to success.

Snow Tails is an action-packed racing game where players race to the finish line with a sled championed by unruly Huskies.

In this fast-paced hand management game players aim to inch ahead of their opponents while trying to keep the dogs stable enough and avoiding damage to their sled.

The racetrack in this game is randomly assembled in each round and players manage their deck of cards to try and optimize their speed and trajectory. Careful not to get too greedy, or you might end up taking too much damage and get eliminated from the race entirely.

Dogs is a game where the goal is to create the most successful dog shelter. Watch as players turn a small dog kennel into a large city shelter with many employees in order to create the most comfortable living area for their furry friends.

Each game round has 3 separate but equally important phases. The first is driving around the board collecting stray dogs who need a home. The second phase gets a bit more hectic while everyone chooses actions around the city to help grow their shelter. And finally, the last phase is tying up the loose ends like paying employees and feeding the animals.

This game was originally released in Brazil where multiple print runs sold out, and brought back to life on Kickstarter.

The Bark Side is a game where you try to pin the blame of your pooches bad behavior on someone else. Playing the right card at the right time can help shift the blame and save you from embarrassment. Play too many low cards and you could end up eliminated from the game.

This quick trick-taking card game is great if for kids. The gameplay is easy to understand, making it a great choice for anyone that is looking for something simple.

The illustrations are really cute and well-done, but you may have a hard time getting your hands on a copy of this game as the Kickstarter wasn’t funded and it didn’t go into full production but there are some review copies/Kickstarter prototype preview versions kicking around. As far as trick-taking games go, it’s not necessarily a must-play but for someone collecting dog games, it’s worth hunting down.

Barking Mad is a wild dog-racing game where betters use every dirty trick in the book to fix the outcomes of a dog race in their favor. Once all the bets are in, it’s off to the races. As the dogs chase the hare around the track and players try their best to sabotage the other contestants.

Dice rolls propel the dogs forwards but it’s up to the players to tilt the odds in their favor through clever use of their cards and by placing lamposts to block the other dogs. At the end of the round the player who was closest to guessing the placement of all of the dogs wins the game.

For a simpler dog themed game there’s always Pick-a-Dog. As an extension of the popular Pick-a-Pig game, this game works as a stand-alone game or combined with Pick-a-Pig. In this game of speed, players hurry to grab the next closest Dog to their own before their opponents can do the same.

To start the game each player is given a Dog card that they should pay very close attention to before the game begins. Then a grid of dog cards is laid face up where everyone can see it. Once everyone is ready someone shouts “GO!” and from there it’s a mad dash to try and find as many dog cards that match your own or are different in only 1 small way. At the end of each round the person with the most successful near-matches wins the round. The fun and hectic nature of this game makes it a great choice for small children.

It’s very lightweight so if you’re looking for more of a game-game, Agility would probably be a better bet (or something else from this list.)

As promised, here are some pictures of puppies. Thanks for stopping by! 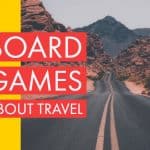 7 Board Games About Travel to Feed Your Wanderlust 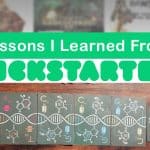 8 Lessons I Learned From Launching My First Tabletop Kickstarter Projects 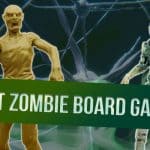 12 Best Zombie Board Games (Choosing The Best One For YOU) 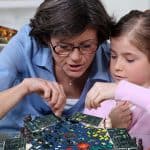 How to Teach Board Games Without Losing Your Mind [8 Tips] 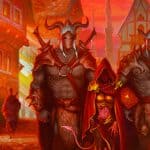