When I first started playing board games, I was always compelled to put some thematic board game music on in the background. I think this was probably my way of easing my transition from video games to analog games. It would be strange to play a video game without sound effects and musical undulations to create tension and I felt it should be the same with board games.

For the purposes of this article, I will refer to this thematic background music simply as soundtracks.

I have occasionally played without a soundtrack and I find that my experience is often dampened by the lack of one. Sometimes to the point where an enjoyable game, brings me less joy simply because I felt less immersed in the game.

Soundtracks are not for everyone but there are a few good reasons why I think playing with them is beneficial. Keep in mind, all this is with the assumption that you pick a soundtrack that fits well with the game you are playing, but I promise, it isn’t that hard, especially nowadays.

Let’s play the imagination game. Close your eyes and imagine you are sitting on your couch or your favorite chair. You are playing a horror game (if you aren’t a fan of horror, please use a similar and less scary example) on your preferred video game console.

What do you hear? Maybe some creepy sound effects, maybe the occasional minor 2nd (think Jaws people!), and then something jumps out at you and you here a piercing scream and a loud bang as the music crescendo’s.

Now imagine the same thing, with no sound. Which one is more immersive? Of course! The one with sound is more immersive because you are engaging an additional sense. Why should board games suffer the immersive dissonance when you can pop on a soundtrack that at least coincides with overall mood of the game.

I have found that adding a soundtrack drastically eases that tension and often invokes quicker decision making in the active player and moreover creates a more tolerant group of non-active players.

Please note, I don’t have any raw data to backup this claim, it is just an observational theory.

3. Clock Awareness from Board Game Soundtracks

If there is one thing I’ve learned over the years about time, board game publishers and players are terrible at judging how long a game takes to play. I’m talking about when the side of the box says 60 minutes, you play it in 90 minutes, and you could swear it took 120 minutes to play. This happens so frequently in my gaming groups that I often just ignore all three of those things.

Instead, I take a look at the soundtrack that we used during the game. How long was it? Oh only 45 minutes? But it played once all the way through and then again until the 36 minutes mark. Simple addition will prove, without much doubt, that it took us 81 minutes to play that game.

While the importance of this data is highly dependent on the person, me personally, I LOVE knowing exactly how long a game takes to play. That knowledge is power because when the time comes and we have only 60 minutes to play a game and someone says “hey, this one says 60 minutes,” I KNOW that it’s very unlikely we’ll have time to finish it and I can suggest that we play something a little shorter.

Check these out: There are also some great board games about music that you can check out. If immersion is your thing, you’ll love the best escape room board games, too.

4. Picking a Board Game Soundtrack is a Joy in Itself

It is strangely satisfying when someone pulls out a game and you come up with the perfect soundtrack to pair with that. Having a dearth of knowledge on movie, tv show, and video game soundtracks can certainly make this task easier, but it is not essential.

In fact, just the other day when my group played Drop It, someone suggested circus music and the only thing we could find was a stereotypical circus theme music looped for 10+ minutes. It seems ridiculous, but when a player dropped a piece and it caused a wacky Rube Goldberg-esque chain reaction, it was pure harmony.

One blogger who prides themselves on picking a perfect game-soundtrack pairing, is Kyle Hanley, lead writer from Boar & Arrow. Check out his Top 10 Board Game Soundtracks.

Firstly, that’s not true. Secondly, that is a terrible reason to do something. What I will say, however, is that playing a soundtrack during board games is becoming increasingly more common. In fact there is a relatively new site called Melodice which is dedicated specifically to board game soundtracks.

On Melodice you can search for a board game and you will discover playlists full of thematic songs for nearly every game you can think of. In addition, you can add your own submissions to a game if you’ve found a particularly good pairing.

Will You Use Boardgame Soundtracks or Nah?

In the end, it comes down to personal preference, but I think it is worth at least giving it a shot if you haven’t already. For me, I will never play without one, unless of course, I have no say in the matter.

What are your thoughts on using soundtracks while playing board games? Do you have any pairings that you feel work particularly well? Let us know in the comments below! 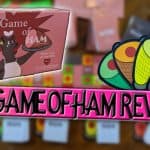 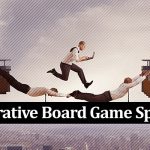 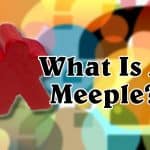