From the Edo period to the more modern settings in post-war Japan, there are a ton of great board games spanning different historical periods in Japan. Playing board games set in a different region of the world is a great way to learn about a culture. Here’s a hand-picked selection of ten worthwhile games that just so happen to be set in Japan. Do you love a game that’s missing from this list? Let us know!

This one is a fun entry-level board game set in the capital of Japan. King of Tokyo pits players against each other in a battle of monsters much like the classic Godzilla-style sci-fi films of yesteryear.

Although this game isn’t as strategically deep as a lot of others on this list it’s got it’s share of tough decisions and smart plays. Each player champions one of the massive monsters and attempts to be the first to 20 points by rolling the right numbers and holding your ground inside the Tokyo space without getting ripped to shreds by the other players. As the game progresses players gain energy cubes which can be used to buy unique powers to give you the edge over your opponents.

Hanamikoji is a card game that explores the interesting culture inside Japan’s famed Geisha district. The aim of this game is to gain the favor of more of the 7 Geishas than your opponent by collecting performance items.

This one can be particularly tactful as it’s a one on one turn based card game so every move counts. On the surface this game is a simple card swapping game with only a handful of possible actions on your turn. However the strategy comes into play when you try to guess your opponents next moves and pick up on their intentions. The traditional and beautiful art style really makes it feel fresh compared to other one-on-one card games.

Set in medieval Japan Samurai is a strategic board game for up to 4 players where they race to gain the favor of the different factions across the islands of Japan. The game plays out as players attempt to dominate Japan through faction figures by surrounding them with your pieces.

With all the careful tile placing decisions this game forced players into this is one of the more strategically demanding games on this list. Since all players are aiming for the same goal it’s important to keep an eye on your opponents and make sure you aren’t wasting too much time and resources on the same factions.

This is one that’s definitely steeped in Japanese tradition. Hanabi is a co-operative game where players work together in order to create the perfect fireworks display. It really puts your abilities to communicate and work together to the test.

At it’s core it’s a simple game where players aim to play the right cards in the right order. What makes it tricky is nobody knowing what the other players hold. However there is a clue system where players get a limited amount of clues in a game to give other players in their hand. Use these wisely or risk disappointing your team.

Rising Sun is one of many success stories that saw funding through Kickstarter. The premise of the game is each player represents a clan who tries to reforge Japan in the image of Kami.
Through careful use of negotiations to gain political and military power this game can have players using every ounce of brainpower they have to come out on top.

Clans have different powers and must compete to earn the most victory points. Trading and building alliances are a very important component to success in this game so you want to be careful which enemies you make. Between the honor track, the figurines, the tiles and the many more intricacies in this game there’s always more to learn and master.

This game is vastly popular and for good reason. Set in the Sengoku period of feudal Japan where each player assumed the role of a great Daimyo (famed lords of the era) and accompanying troops.

The Daimyo’s race to expand their kingdom to become the most successful lord in the land. Through a very unique battle system and plenty of strategic options this is a great game for those who enjoy a battle of wits.

Tokdaido is a board game set in Japan where players take on the role of a traveller crossing the East Sea Road. Taking in the sights, collecting trinkets, tasting unique meals and visiting ancient temples are what make this game a great way to absorb a bit of the Japanese culture without ever leaving your board gaming station.

In this game players aim to gain points through various simple actions and collecting sets of items. The game thrives on it’s simplicity that really brings forward a very serene experience.

If you’re looking for a game set in a more modern era of Japan then Trains is a good choice. This one takes place in the industrial revolution in Japan across multiple regions. As capitalism takes root and many smaller railway companies aspire to become bigger and better.

In this game you start small. Working with what you have. But with proper card management you can add more cards to your deck and become increasingly powerful as you try to outdo your competition.

2. Sekigahara: The Unification Of Japan

This game allows you to re-imagine the historical 7 week war of Sekigahara in the 1600s. As many factions compete to take Japan for their own.

This game isn’t just about fielding the largest army and taking over Japan. It’s about using the right troops and making sure they stay loyal to your cause. Without the right cards your board units might not want to enter battle so make sure to carefully balance your hand to make sure you have an effective force. More so than most other games on this list; this one strives for historical accuracy. The mechanics are simple yet deep, which lends well to the historic feeling of the game.

Takenoko offers a more light-hearted experience than some of the wartime games listed above. Players take on the role of taking care of a giant Panda bear to the Japanese emperor by the Chinese emperor.

Players grow different types of bamboo in an attempt to feed the panda and appease the Emperor. First player to score enough points by correctly playing the right actions, playing land tiles and growing a healthy crop of bamboo will win the game.

There’s so many board games set in Japan that this is far from a complete list. However we tried to include as many different styles of Japanese board games as possible here. If you feel like we missed anything that definitely should have made it onto this list feel free to let us know in the comments below. 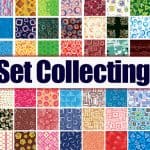 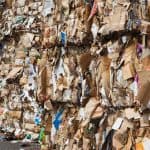 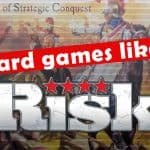 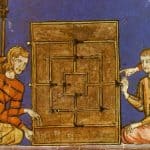