You might have seen a Mancala board lying around somewhere and just dismissed it as another artifact of the past. Usually comprised of a wooden board with 14 indented circles holding a number of marble-like pieces, Mancala is an ancient game that can still be played today.

Mancala is believed to be one of the oldest games in the world. Although most historians can’t agree on exactly when this game was created, some evidence suggests it saw play as early as 6000 BC by ancient Nabataeans.

Mancala saw popularity in ancient Ethiopia around the 6th century as a game of strategic thinking. It continued to travel and gain popularity in new areas. Often taken on new names and rule-sets along the way. Bothenspiel (Bosnia), Mancali (Greece), Warra (United States) and Ouril (Cape Verde) are some of the many names for the ancient stone placement game that can be found across history.

Mancala is truly a game that has withstood the test of time. Mancala tournaments and national leaderboards are still present today.

How To Play Mancala

If you’re looking to learn how to play Mancala it’s actually quite simple. But first let’s go over some of the terminology.

Objective of the Game

The goal of the game is to get more of the stones into your store than the opponent does. This is done by picking piles of stones up from the pockets, and placing them counter-clockwise one-by-one towards your store. The game ends when all six of the pockets on one side are emptied and points are then counted.

Before the game can begin, the stones must be divided evenly among the pockets. Each of the twelve circular pockets should contain 4 stones, totaling 48 stones.

Each player then sits on one end of the board, facing 6 of the pockets with their own store on the right.

Mancala is a one-on-one strategy game in which players take turns picking up a pile of stones and placing them in adjacent pocket in a counter-clockwise manner, in hopes to get more stones in their store than their opponent.

On a players turn they choose one of the pockets on their own side. They then take all of the stones out of that pocket. From there they place the stones one-at-a-time into the next pocket counter-clockwise. Continue until all the stones are places.

If a stone were to land in the player’s own store, they place it there. However they skip over the opponents store.

When all six pockets on one side of the board are emptied the game is over. The winner is the player who has the most stones in their own store.

Here’s a few Mancala tips to help give you the edge over your opponent.

Learning how to play Mancala can be a great way to expand your strategic thinking and learn an ancient game. 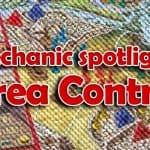 Area Control Board Games: What Are They & Which Are Best? 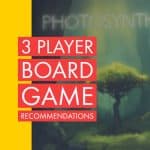 The Best 3 Player Board Games (Three Is Not Always a Crowd!) 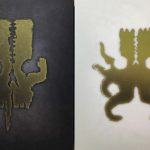 The 7th Continent Review: An In-Depth and Spoiler-Free Look 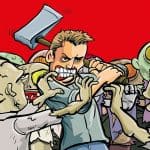 What Are Legacy Games & Campaign Board Games? And Which Are Best? 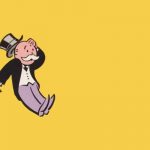