For a long time there has been a clear distinction between classic family board games (Monopoly, Clue, etc) and the more in-depth modern board games that have replaced them.

But a few games have managed to break the mold and appeal strongly to both new comers and those that love deeper strategy games.

Some of these newer games have acted as templates for many that came after them. Showing that a great idea can go a long way in paving a path for modern games to break into the mainstream. We’ve compiled a list of 12 games will be around forever.

Carcassonne has been a staple of the modern board game world for a long time, and for good reason. Named after a hilltop town in France, Carcassonne is a worker placement game that has players building a vast kingdom. Players take turns placing map tiles on the board and slowly creating an astonishing kingdom.

Points are scored by placing followers to claim different areas. As the kingdom of Carcasonne grows you must choose if you want to expand claim an area before someone else does. Tiles are placed carefully to cut off areas that you do not own and expand your own.

In Pandemic the goal is to stop the spread of disease before it becomes out of control. Most Co-Operative games get you lost in the rules before you even start. Pandemic avoids this by being engaging and simple to understand for young and old players.

In Pandemic players work together to try and stop viruses from spreading around the globe. Everyone gets their own specialist with unique abilities that will help nullify the viruses. With a plethora of expansions that add unique and fun rules to this game this game is will stay fresh for years to come.

This game is the gold standard when trying to introduce your friends and family to modern games. Having already found a spot in the “Family” section of Targets and Wal Marts everywhere, it’s safe to say The Settlers Of Catan is already set in stone as a classic.

In this fairly basic resource management game each player tries to earn points by improving their settlement as quickly as possible. Build roads, upgrade settlements and grow armies in order to earn victory points and establish yourself as the prime settlement in Catan.

Gloomhaven is a game that feels like the lovechild of Dungeons & Dragons and a modern “Choose your own adventure” book. Unlike most other games on this list, Gloomhaven has a ton of depth and a bit of a learning curve. It’s easy to get lost in the story as you hack and slash your way to victory or simply spend time doing sidequests.

The impressively dynamic storyline that takes place in the town of Gloomhaven ensures you’re in for a unique game-play experience every time you sit down to play. Build up better equipment, gain experience, slay monsters, and when you think you’re ready band together and take on some epic quests.

Agricola has set the bar in resource management games. The goal here is to build a successful farm. In Agricola you raise and feed your family until they are ready to work on the farm. Actions must be planned very carefully in order to grow your farm and feed your family.

Grow your family, expand your house, raise farm animals, plant crops, acquire useful skills and much more. There’s many ways to end up with the most impressive farm by the end of the game. Just hope nobody takes the action space you were going for or you might have to beg for food to survive.

Ticket To Ride is a route planning game that’s great for the whole family. Players draw hands of train cards and must match them to spaces on the board as quickly as possible in order to build tracks. The ultimate goal is to end up with the most victory points by competing as many of the route cards as possible.

The game itself doesn’t require a huge amount of strategy so the newer players in the group won’t feel like they’re fighting an uphill battle just to compete. Ticket To Ride is the perfect balance between casual and competitive gaming.

Blokus is a 4 player puzzle for all the Tetris fans out there. The objective of the game is to place as many of your pieces on the board as you can before your so-called “friends” block you.

The colorful design and easy rules make this game a must-have for anyone trying to get into the world of board gaming. Blokus is a simple strategy game that gets deeper the more you play, offering a ton of replay value.

7 Wonders is a card drafting game in which everyone is the leader of their own legendary city. Each person will be trying to build up the architecture of their city and trying to build a world wonder that will stand the test of time.

7 Wonders takes place in 3 phases with 3 separate drafting decks. With 7 different types of cards all representing different types of structures: military, commercial, scientific, civic, materials, goods and guilds. Each must be chosen carefully in order to earn as many victory points as possible before the end of the game.

Dominion is a long standing deck building game. As you play the game you add new cards in your deck so that you can afford to purchase some of the more expensive cards that are worth points at the end of the game. There’s many ways to build a successful deck depending on what’s available to purchase and what the other players are up to.

Dominion has been popular for a long time and for good reason. It boasts an impressive amount of expansions so it never gets stale and there’s always new strategies to discover. To buy cards you need money, to play cards you need actions, and most importantly to win the game you need victory points. Carefully balancing your deck around these goals will lead to triumph.

In King Of Tokyo every player chooses a giant beast and must battle for the city of Tokyo. Blast, Punch and Stomp your way to victory as everyone tries to dethrone the player who’s currently occupying the Tokyo space.

King Of Tokyo revolves mostly on rolling dice and hoping you end up with enough attack power to overtake Tokyo. As you spend time in the Tokyo space you earn points but you also become everyone’s primary target. Get too greedy and you might just die and have to watch the remaining players battle it out.

The year is 2400 and humanity is on it’s last legs. Players work to make Mars into a habitable planet in order to expand mankind’s legacy into the reaches of space. Players each take charge of one of the corporations in charge of ensuring Mars is a livable planet.

This miniature based modern war game has players engaging in ship-to-ship combat with a fleet of star ships from the Star Wars universe. It’s similar to the popular Warhammer 40k tabletop game but is often considered easier to play and learn without the hassle of having to paint each of the miniature figurines.

Star Wars X-Wing is quickly gaining popularity at board game shops across the globe. For those that can keep up with the ever growing list of figurines to buy, it’s a great hobby. 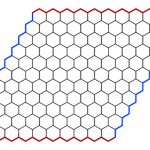 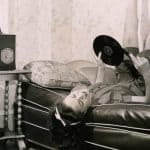