Kickstarter has long been the go-to platform for people who want to make their board game dream a reality. There’s been countless successes and failures throughout kickstarters history when it comes to board games. We’re here today to talk about some of the most successful board games on kickstarter. In ascending order from least funded to most funded, here is our list of the top kickstarter board games and other table-top games.

“Get the improved version of Gloomhaven, a cooperative card-driven game of combat in an expansive campaign. 1-4 players, 30 min/player.”

If you’re looking for a game that’s leaving the critics breathless look no further than gloomhaven. Boasting more game of the year titles than you could shake a stick at this second printing of Gloomhaven has absolutely crushed it’s Kickstarter goal. Through various campaigns this game offers a massive amount of replayability and variety.

This is a zombie gaming experience like no other. If you like the sheer thrill of mowing down a horde than this is the game for you. In this game you must try to learn spells and acquire weapons to kill more and more zombies, making yourself more powerful with each passing kill.

“Clans must use politics, strength and honor to rule the land in this board game with amazing miniatures set in legendary feudal Japan.”

This game of clans has players try to reforge Japan in the image of the great Kami. In your course to become emperor you must use politics and power to outwit and outplay your opponents and become the one victorious clan.

“A semi-cooperative SF horror game where you and other crewmembers desperately fight to survive – and fulfill conflicting objectives.”

This game puts one goal above all else. Your survival. It’s a co operative game where 1-5 players try to complete their secret objectives and survive through this seemingly doomed ship. But be sure to be quiet as not to alert any unwanted attention.

“Fight for Gotham City as the heroes or work alone as the villain in a miniatures boardgame for 2 to 4 players exclusive to Kickstarter.”

Only a table top gaming company like Monolith, backed with the Batman IP, can expect to set a goal this high and still surpass it. This game comes with all the polish and detail you’d expect from Monolith and promises to be one of the greatest games of the year.

Even with the ambitious goal of $300,000, Zombicide: Greene Horde still managed to blow right past it. This game is a sequel to the already successful Zombicide: Black Plague which raised over 4 million.

“Dark Souls™ – The Board Game is a strategically challenging, deeply immersive combat exploration game for 1-4 players.”

“Get ready for brand new adventures in the first ever board game where YOU are the hero! 1000+ minutes of adventure for 1 to 4 players.”

This card based exploration game has been in the making for nearly thirty years. Thanks to the hopeful backers at Kickstarter it’s finally about to be a reality. This game already boasts some amazing reviews by almost everyone who has tried it but this expansion expands this into a game of massive scope and innovation.

“This is a card game for people who are into kittens and explosions and laser beams and sometimes goats.”

With one of the hugest successes in kickstarter history, Elan, Matt and Shane absolutely blew by their goal of 10k. So much so that there was multiple successful expansions funded as well. This quirky card game is all about trying your damndest not to explode while trying to force that fate on someone else. It’s a great party game for anyone just looking to have a good time.

This gorgeous board game is packed full of miniatures to help you survive a hellish landscape. As far as art and execution goes this game is unmatched, it’s one of those things that you just want to own to show off how darn cool it is. Through the imagination of Adam Poots and the support of many dedicated backers this co-operative game will take you on a journey like no other. 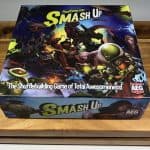 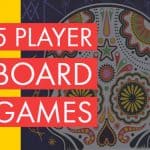 Here Are The Best 5 Player Board Games 10 Horror Board Games That Will Leave You Spooked 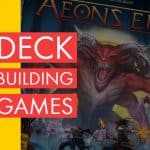 What are Deck Building Games and Which Ones are the Best? 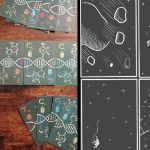