It’s the early 20th century. You have decided to sail back to the newly discovered seventh continent to attempt to lift the terrible curse that has struck you since your return from the previous expedition. The 7th Continent utilizes a novel card system to create a sprawling choose-your-own-adventure and exploration game.

Wait a minute, didn’t this game come out 3 years ago? Why are you reviewing it now? Thank you for raising your hand, and yes, that is an excellent question! Well, you may have heard through the rumblings of board game media that the spiritual successor to The 7th Continent, entitled The 7th Citadel is live on Kickstarter right now! We hope that this review can provide an extra air of confidence with your decision to either back that project, or not.

Please note, this is a spoiler-free review of The 7th Continent, however, we do show photos from the Voracious Goddess Curse (1st main curse) including it’s starting tile, the curse card, and other components that are used throughout gameplay. You will literally see these cards and components sometime between removing the shrinkwrap from your game and the very beginning of your first main session.

How to Play The 7th Continent

That is pretty much the entire game, and yes, it really is as simple as it sounds.

The actions you can take vary from resting, moving, searching, hunting, exploring, crafting items, and much much more. You may even discover some secret actions that aren’t even listed in the rulebook or reference boards.

Along the way you will need to make some difficult choices, not only with how you manage your limited Action cards (which can be replenished by eating, resting, and other things), but whether you want to even do the action at all. An action you take, may have dire consequences that could impact you for the entire rest of the game.

Your goal is simple. Lift the curse, but you are given very little direction on how to do it besides some cryptic text and maybe an old hand drawn map, for example. It is up to you to figure it out.

My Experience With The 7th Continent

I don’t have any data to back up this claim, but I am fairly certain that I have played this game more than any other game in my collection.

This is in part because it is long and epic game (one of the 11 curses, took us nearly 30 hours to complete). It is also in part because (spoiler alert!) I love this game!

I have technically only completed 3 curses, so, my most played game, possibly ever, is still in many ways undiscovered.

All of my playthroughs came at the player count of 2, my wife and I, and we included all possible expansion content in each of our curses.

The big box expansion What Goes Up Must Come Down which adds additional playable curses, exploration cards, items, and events.

The Flying Roots expansion which adds a mysterious flying root that shows up throughout your game.

The Facing the Elements expansion which adds weather effects.

The Fear the Devours expansion which adds rockworms that can occasionally spring up from the ground.

The Path of Repentance micro-expansion which adds additional cards and a side-quest to the main game.

I also have all the extra curses that aren’t included in the base game or the big box expansion.

Each of these different expansions adds unique elements to deal with and all work to add variety and intrigue to the base experience.

Serious Poulp has recently released a retail edition of The 7th Continent made up of fewer cards and less goodies. While this edition acts a great entryway to the game with a smaller, more compact, streamlined experience and at a fraction of the cost, there are some things in my game that would not be in the retail edition (Kickstarter exclusives, for example).

Some of these items and expansion materials do appear to be available directly through Serious Poulp.

If you’re curious how we come up with our grades and scores, you can learn more about that by reading our board game review guidelines.

The final number of my scoring was actually surprisingly low. I expected it to be in the high 80s but looking at the game critically did reveal that there are some flaws, both minor and major. Bear in mind that my grading system is no cakewalk (An 81 is actually extremely high, I promise!). So what do I actually think of the game?

I’ll cut to the chase, I’ve played nearly 1000 games since I’ve entered the hobby and I can say, with zero hesitation, and without any doubt at all, this is my #1 game of all time. There is no other board game experience like it and I believe this game will have a permanent home in my collection, even after I (eventually) have completed all the curses. It holds a special place in my heart as it has provided so many quality and memorable hours for my wife and I. There have been loads of decisive moments throughout our playthroughs, moments that I am confident we will remember, for as long as our functioning brains will allow. A game that can do that, deserves the title of, My #1 Game of All Time.

However, if there was ever a game that I could say “it’s AMAZING, but it’s not for everyone,” this is it. I have met people who love the game nearly as much as I do, others that loathe it, and those that can only seem to muster up a mild “appreciation” for the game. You’ll obviously need to decide for yourself whether the game is for you. Me personally, I can give this game my absolute highest recommendation to any of the following:

Solo gamers, hybrid video/board gamers, those that like adventure, exploration, and escape rooms, and perhaps most of all, to couples or those that consistently play with the same partner.

If you found this review of The 7th Continent to be interesting, you can get a copy of the game and some of the expansions directly at the Serious Poulp Shop. If you want to skip ahead and dive right into the their new game, The 7th Citadel, please check out the Kickstarter which will remain live until the 9th of October, 2020. Again The 7th Citadel is the spiritual successor to The 7th Continent and will feature many of the same mechanisms, exploration, and choose-your-own adventure aspects as The 7th Continent.

Disclaimer: This copy of The 7th Continent was generously provided as a gift to myself, from myself, and the thoughts provided in this review are completely my own. 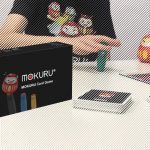 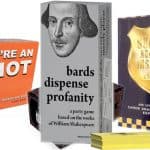 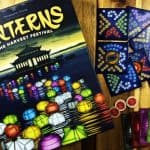