Alexa is Amazon’s helpful voice companion that can set alarms for you, turn your music and lights on or off, and even order groceries, and is most-commonly paired up with the Amazon Echo device.

If you don’t have an Amazon Echo yet, grab one here.

Using Alexa and an Amazon Echo also allows you to play a number of different games, simply using your ears and your mouth. It’s not quite the same as having a board game in front of you, but it’s pretty fun when you’re just sitting around and feel like doing something casually.

What board games can Alexa play?

To play most of the games, you’ll need to own a physical copy of the game. For these games, Alexa or the Google Voice Assistant will offer enhancements to the game, and in other cases, Alexa will have the full game available, often as a Skill that you install.

Both can be a lot of fun! Having Alexa as an enhancement to lead the game, keep track of things, clarify rules and so on is a nice quality-of-life enhancement. Playing games against Alexa probably isn’t as fun as playing with your buddies, but it’s a good substitute when you can’t do the real thing.

Play Escape Room in a Box with Alexa

Escape Room in a Box is one of the best escape room board games for people who loves puzzle board games. It’s very popular, well-liked, and offers a lot of unique fun from the comfort of your home, which is a great substitute for visiting an escape room, if you can’t make it out to the real thing for one reason or another.

You’ll need the retail version of Escape Room in a Box (you can buy it on Amazon), and then simply teach Alexa the corresponding skill and you’ll get enhancements to the physical game thanks to Alexa and an Amazon Echo speaker.

Play Ticket To Ride With Alexa

Ticket to Ride is a very popular board game, it’s viewed as a fairly entry-level game to the hobby, for people who are looking for a gateway game to get them a little deeper into the hobby compared to the other classic family games like Monopoly, Life, Candyland, and so on.

Alexa can help guide the game of Ticket to Ride, and Alexa can even fill in as an extra player when you’re short, which is a really cool and fun feature to have, it’s great for families or roommates who are missing that extra person at the table – just have Alexa grab a seat!

Alexa does a fantastic job of teaching this game in a way that players of all ages can pick up on quickly. One of the best things Alexa does, that a great game master will do, is to introduce rules a bit more gradually than laying everything on you at the onset. This way, you’ll learn certain rules as they become relevant to the game, instead of trying to cram everything into the first turn.

Play When in Rome With Alexa

Alexa is required for this game.

This game is a part of a series called Voice Originals, and it’s a pretty fun concept. There’s a corresponding Alexa skill that you’ll need, so make sure you get that setup. In this game, Alexa will guide you all around the world, where you’ll meet citizens of different countries who will have trivia questions for you to test your knowledge on a number of local topics.

It’s a really cool way to let your mind explore the world, without getting up from the sofa. It’s a good way to learn some new things about the world around you.

Google Assistant is required for this game.

This one works with Google Assistant instead of Alexa, so if that’s an option for you, this is an excellent trivia game that gets updated with new questions.

If you’re used to playing trivia games that you dig out of the closet at the cabin, that are 40 years old and you only recognize a fraction of the references, then Ravensburger kNOW! is the type of trivia game that will keep getting updated with new questions, so it’ll stay fresh for a lot longer than the typical trivia game.

It’s a really cool concept so we had to include it here, even thought it’s not for Amazon’s Alexa. Maybe, if there’s enough interest, we’ll see it ported over.

Who predicted a world where we’d be hoping to see trivia games ported from one home voice assistant to another?

More Games to Play With Alexa

Here are some games that you can play with Alexa without needing a board in front of you, these games are based entirely inside of Alexa, thanks to Skills, and they offer a really unique experience. It’s not entirely new, there have been various types of games, such as murder mysteries, that have been played on cassettes and VHS tapes and radios in the past, but this is a bit different since there’s a level of interactivity that hasn’t been seen before.

Are you Smarter Than a 5th Grader?

The famous quiz tv show, hosted by Jeff Foxworthy, has found its way over to the Echo and other Amazon Alexa supported devices.

Speaking of quizzes, here’s a quiz game based on music. You can choose the decade, and then Alexa will start playing songs, and you can test yourself to see how quickly you can recognize them.

This is a guessing game, where you think of the answer and Alexa will ask you series of questions, while attempting to guess what you’re thinking of.

The classic trivia game, from your living room. If you love watching Jeopardy and screaming the answers at the TV, but wish you could actually get credit for them, this is the game for you. Pay your respects to Alex Trebek, rip to a real one.

Lemonade Stand is a different take on the classic flash game that some of you will remember playing back in the day. You run a humble lemonade stand, and you adjust your marketing and prices depending on the weather for that given day. You can play with your voice, so tell Alexa how to run the perfect lemonade stand and you’ll be rewarded by the moral victory of knowing that you’re the lemonade champ. 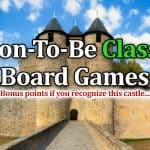 12 Modern Board Games That Will Become Classics 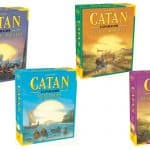 What are the Best Settlers of Catan Expansions? We Ranked ‘Em! 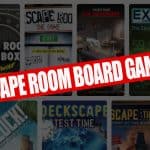 7 Escape Room Board Games When You’re Stuck At Home

How To Play Backgammon – Rules, Tips and Strategies to Win