Go is a highly strategic 2 player board game with origins in ancient China. The game Go is usually comprised of a 19 by 19 board and a large amount of black and white stones.

Go has withstood the test of time by being both easy to play and hard to master. Learning how to play Go can be a very rewarding experience for any age. Games that are quick to learn are great for teaching to friends and family because people can pick them up very quickly and they can be enjoyed by a wide range of ages, and the fact that this game has a lot of stretegic depth means you can always get better at it.

A low barrier to entry and a high ceiling makes for a strategy game that sticks around for thousands of years, as exemplified by a quick look at the history of this game.

History Of The Game ‘Go’

Thought to be one of the oldest board games that’s still played today, Go is believed to have originated over 4000 years ago in ancient China. It was believed to be a teaching tool for concentration and balance. Today, it can still be used to teach.

Believed to have started near 2000 BC. It was eventually brought to Japan around 500 BC where it became a popular strategy game among the Samurai class.

How To Play Go

Understanding the terminology is the first step in understanding how to play Go, so take some time to study the terms below, and the rest of the instructions will make a lot more sense.

What is the Objective of the Game Go?

The objective of Go is to control more of the board than the opponent. This is done by capturing the opponent’s stones. Each player takes all the stones of one color, and stones are placed in turn to form chains and block the opponents moves.

A single turn involves placing one of your stones on any intersection on the board. The player who chose the Black stones always plays first. Stones do not move throughout the game and are only removed if captured.

Groups of stones are created when more than one stone of the same color are grouped vertically or horizontally. This forms a unit that can no longer be divided. These are used to gain more presence in an area of the board and make the stones harder to capture.

A liberty refers to a possible move that could extend a stone or chain of stones. If ever a chain of stones has no liberties (meaning its surrounded by enemy stones with no room to expand), it is captured and removed from the board.

Ending The Game And Scoring Points in Go

Instead of making a move a player may opt to pass their turn. However if both players pass in a row the game is over and scoring begins.

During the scoring phase, each player earns points based on their controlled spaces(empty spaces surrounded by that players stones). Plus the number of enemy stones that were captured throughout the game.

The player with the most points at the end of the scoring phase is the winner of the match.

Unlike more logic focused games like Chess, Go tends to reward patience and pattern recognition. Understanding how your opponent typically plays the game is key to staying one step ahead.

An often overlooked principal of Go for newer players is protecting your stones. Finding simple moves to ensure that the opponent can’t capture your stones in the future will help capture more area.

Sometimes players can become too focused on capturing enemy stones that they neglect the larger objective of the game. Circling empty areas of the board with your pieces early on can help control more of the board and make it difficult for the opponent to retake control.

3. Avoid Corners and Edges If Possible

Placing stones on the edge of the board leaves them vulnerable. Since one or more sides are already blocked off, that means they have less liberties than stones placed in open areas. Only use the edges if it grants a significant advantage.

These Go strategies only scratch the surface of what types of plays can be made to increase your chances of winning. We hope this how to play guide was helpful, if you have any tips or strategies to share leave them in the comments below.

Are you an experienced Go player? Would you like to contribute some more advanced strategies to this page? Please reach out to us in the comments below to share your pro tips, we will credit you and you will be helping create some better competition for yourself – don’t keep all the best Go strategies to yourself!

If you like games of strategy, you might enjoy some of the best strategy board games – take a look! 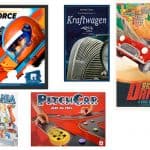 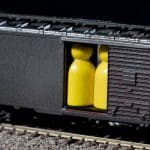 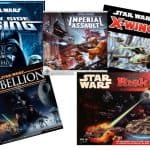