Kingdomino is a relatively easy to learn board game that’s quite a bit of fun to play, and offers a deeper layer of planning and strategy for those who wish to take advantage of that. The barrier to entry is on the lower side compared to a lot of heavier games, so most people who aren’t experienced with boutique board games will have no problem picking figuring out how to play Kingdomino.

Some people learn by reading, others learn by watching and doing – so here are a couple of great videos that’ll have you understanding the game in just a few minutes. After that, we’ll dig into some more Kingdomino goodies.

You can learn the game in about 5-15 minutes, and it only takes about 15 minutes to play. In our home, we usually like to do a best out of 3 because one game of fifteen minutes just isn’t enough!

Kingdomino How To Play Video by Watch It Played:

This Watch It Played video about Kingdomino is great, in fact it’s even featured on Blue Orange’s own website, which is pretty great co-sign to get as a video maker!

A Kingdomino Video by Games Explained

As a supplement, here’s another video by Games Explained that gives you a quicker overview. Sometimes, it’s helpful to have something explained by someone else, just to help fill in the blanks. This video is shorter, so if you just need a quick refresher, here you go:

The lovely folks at Blue Orange Games have released some free, bonus goodies for Kingdomino that you can print and play at home. There’s a printable scorecard, a free expansion game, and even a quick 2 player sample version of the game that you can print out at home to see how you like the mechanics before buying it. Here are the direct links to the files:

Kingdomino was featured on our list of the best board games for under $25. It’s one of the absolute best values as far as “cheap board games” are concerned, the components are all high-quality, it’s well-produced, and overall just an excellent game to have in your collection. That article also has as number of other great recommendations for affordable board games, so make sure you check it out!

There are a few expansions to Kingdomino that add new gameplay elements, mechanics, and additional pieces that you can integrate into the maingame.

Queendomino is both a stand-alone game and also functions as an expansion to Kingdomino, a very cool way to go things!

Here’s a description of Queendomino via Blue Orange Games: “Queendomino is both a standalone game and an expansion of the 2017 Spiel des Jahres recipient, Kingdomino. It offers more complex challenges, a new territory, and a way for more players to participate. 2 to 4 players can play Queendomino traditionally, but when the game is combined with Kingdomino: 3-4 players may play with a 7×7 grid, 5 to 6 players with a 5×5 grid, and 6 or 8 players may play in teams with a 5×5 grid.”

Age of Giants is a very cool expansion because it works for either Kingdomino, or Queendomino. So, if you only own one of the above, you can still enjoy this expansion. If you have both, you can further enhance your experience.

Age of Giants brings some new challenges to the table, additional interaction between players (which isn’t a huge element in the original game, you do want to keep an eye on what your opponent is up to as part of your strategy but other than planning around them a bit, it’s not the most interactive game), and the Age of Giants expansion also adds support for a 5th player to join the table.

Here are some tips and strategies to keep in mind that will help you figure out how to win Kingdomino.

Study the tiles: There’s only a finite amount of tiles that can connect together in the form of “bridge” tiles, so knowing which ones exist and which ones don’t will help ensure you aren’t holding out for a tile that doesn’t even exist.

Pay attention to what’s been played already: You might get kicked out of a casino for card-counting, but knowing roughly which tiles remain in the stack and which ones have been played can give you an edge.

Don’t try to score with every land type: With the way the multipliers work, you’re a lot better off trying to build up 1-2 areas and stacking them as much as you can, rather than trying to score points from a bunch of smaller areas. Your score will grow exponentially when you play more focused.

Guess your opponent’s strategy: If your opponent is focused on one or two particular types of tiles, sometimes you may be better off taking a tile to prevent them from getting it, rather than grabbing one that may benefit you more. If they have a chance to grab a tile with 3 crowns on it (a 3x multiplier), and you have to choose between that or a tile that might give you a couple of extra points, it makes more sense to play spoiler to them.

Where to buy Kingdomino

You can find it at most local friendly game stores, it’s a pretty popular title so it shouldn’t be too had to track down.

Buying a game locally isn’t always an option, for a number of reasons, so you can also grab Kingdomino and all of the expansions at Amazon, here are some links to get you there:

There you have it! 3 awesome games at very fair prices that’ll keep you and your pals busy for hours and hours. It’s a great “in-between” game for a game night with some heavier games, or to introduce new players into the hobby, or just when you feel like some lighter fun. Now that you know how to play Kinddomino, what are you waiting for? 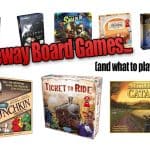 6 Gateway Board Games (And What To Play Next) How To Play Go – Rules, History and Beginner Strategy 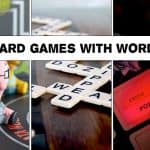 8 Board Games with Words for Logomaniacs 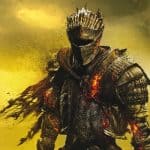 10 Most Successful Kickstarter Board Games 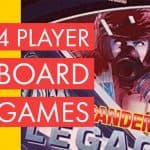